Who launches a new transforming Kingdom presence in the midst of a pandemic? Denn Guptill’s Cornerstone pastoral team and congregation, that’s who! With the oversight and vision of the Lead Pastor and the effective launch team recruitment and preparation of Site Pastor Rob McDowell, Cornerstone Windgate held its opening service yesterday! 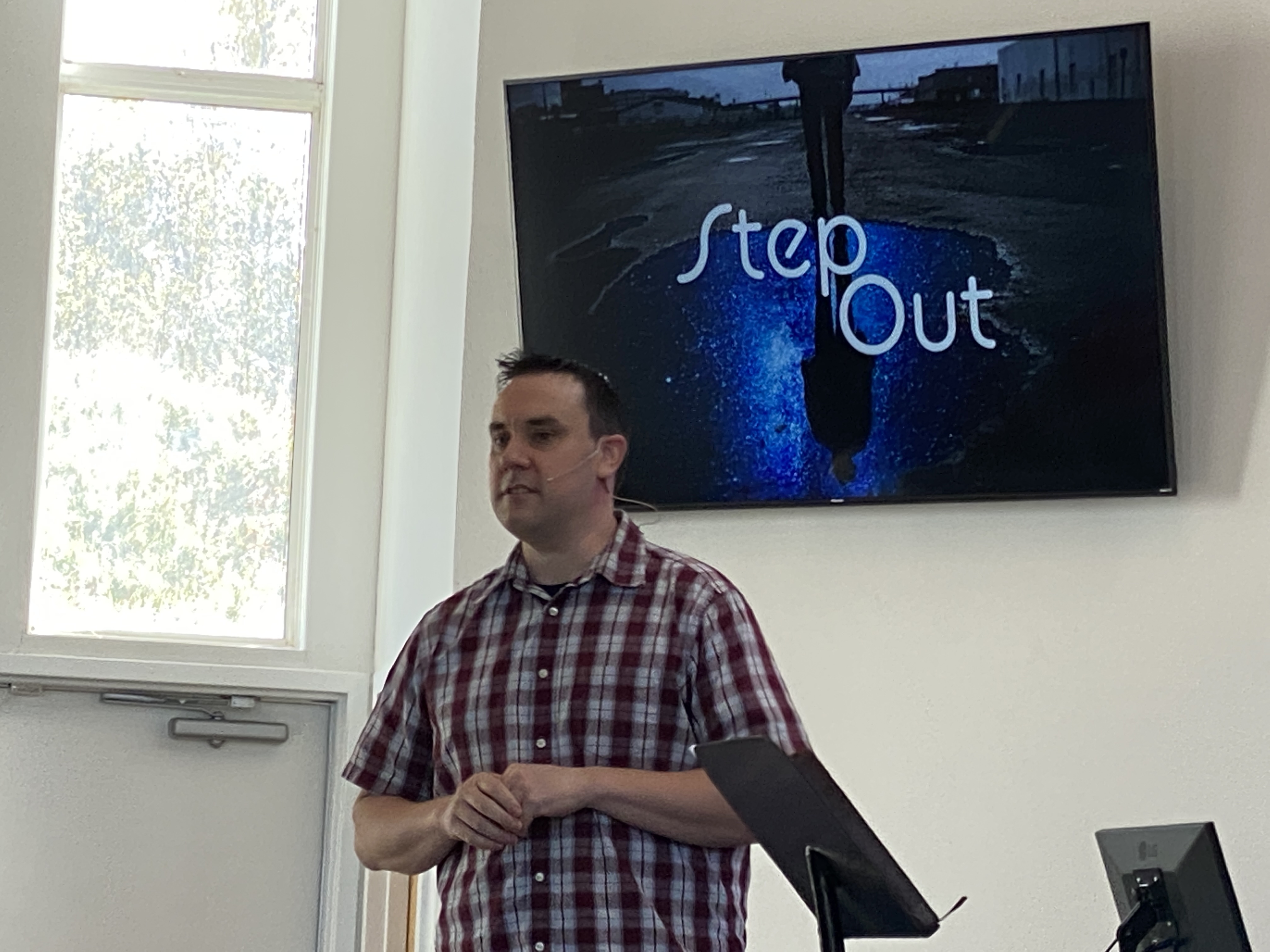 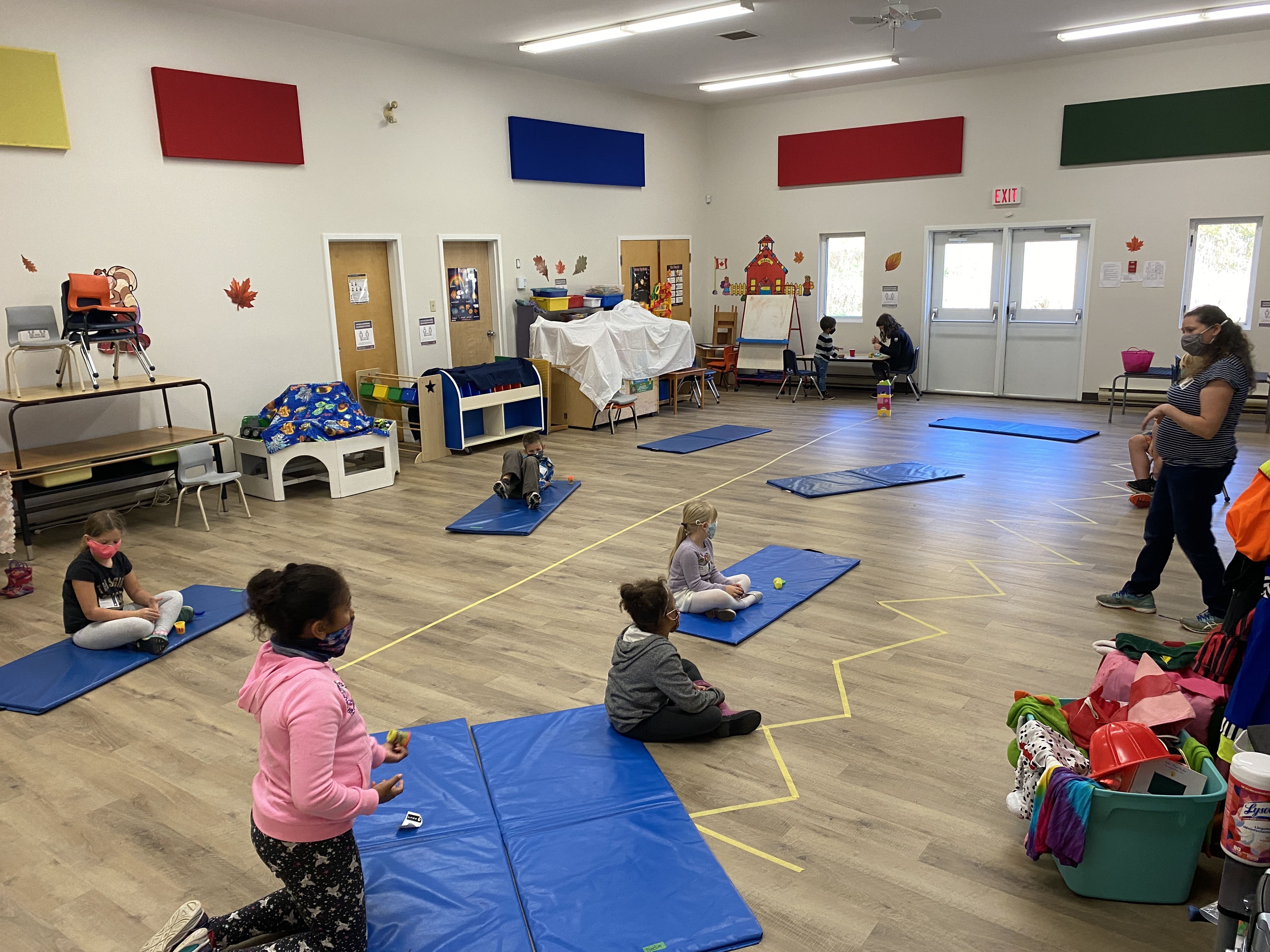 Rob’s challenge was rooted in the faith of Abram’s calling to “Step Out” with a laser focus on the power of spiritual community as the primary way God’s grace is unleashed in lives of “unresolved faith” through the Spirit. COVID attendance limits for the fully renovated location was nearing capacity with 63 attending the first service, including ten children, and best of all, four first-time guests completely new to Cornerstone!With special permission granted by Public Safety to travel from Moncton, it was an incredible blessing for me to be present to bring greetings on this historic day as we celebrated the sacrificial commitment of so many. Cornerstone Windgate offered a sustained round of hearty applause for Rob & Julie for stepping into this Kingdom role as excitement for the future was tangibly present. Congrats Denn & Rob on this day of impressive spiritual invasion! #kingdommultiplication 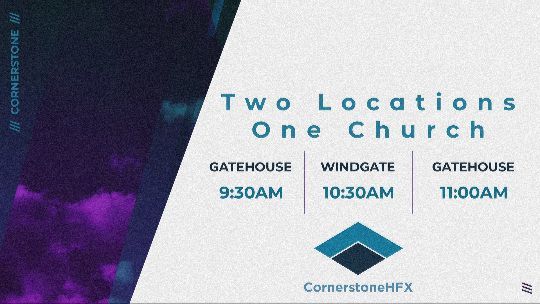 Like all good stories, there have been ups and downs, smiles and tears. It has been a story of defeat and a story of victory, and I truly believe that the best part of the story is yet to be written.” 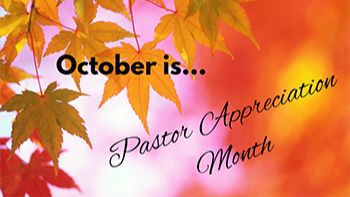 One of our wonderful pastoral couples posted an inspirational picture of why Pastor Appreciation month is so important and special. Thank you Kia for bragging on your husband, Joel Bridges (Lead Pastor at Trinity), with these moving words in your Facebook post on October 16th (CLICK HERE).
Pastoral Considerations for Personal Pandemic Impact

Pastors, keep in mind this is your final week to preregister for the FREE Nov 4th soul-care event offered in Fredericton & Halifax (see details in Upcoming Events). Please email Karrilee on or before the Oct 21st deadline. 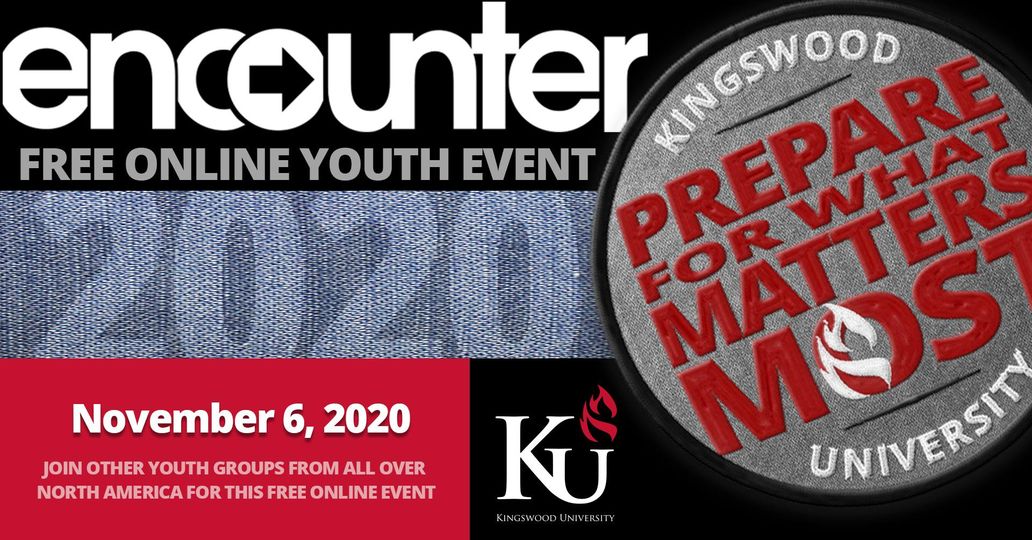 ATTN YOUTH PASTORS: Make sure the teens in your church are impacted by this year’s virtual Encounter on November 6th from Kingswood University! CLICK HERE to learn how to host a watch party for your youth group for this virtual event. 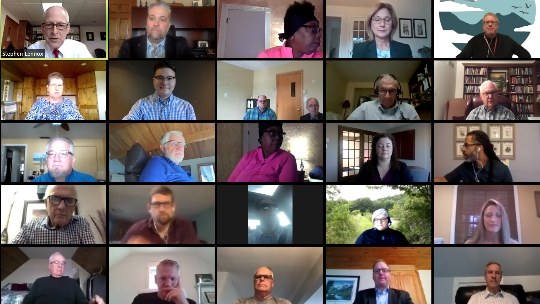 It is always a privilege to chair our Kingswood University Board of Trustees. The fall BOT session took place via Zoom on Friday and included an exceptionally strong financial report, as well as an incoming freshman class which exceeded pandemic expectations. This year, 35% of the Ordinand Class of 2020 across The Wesleyan Church of our North American districts, more than one-third of our Ministers Ordained this year – received training from Kingswood University.

It was exactly 75 years ago this very month that 17 students formed the inaugural student body of the Holiness Bible Institute. For more history, read Art Maxwell’s Experiencing God’s Presence: The Story of Kingswood University 1945-2020. We are blessed by the adaptation and innovation of President Lennox and the Administrative Cabinet. 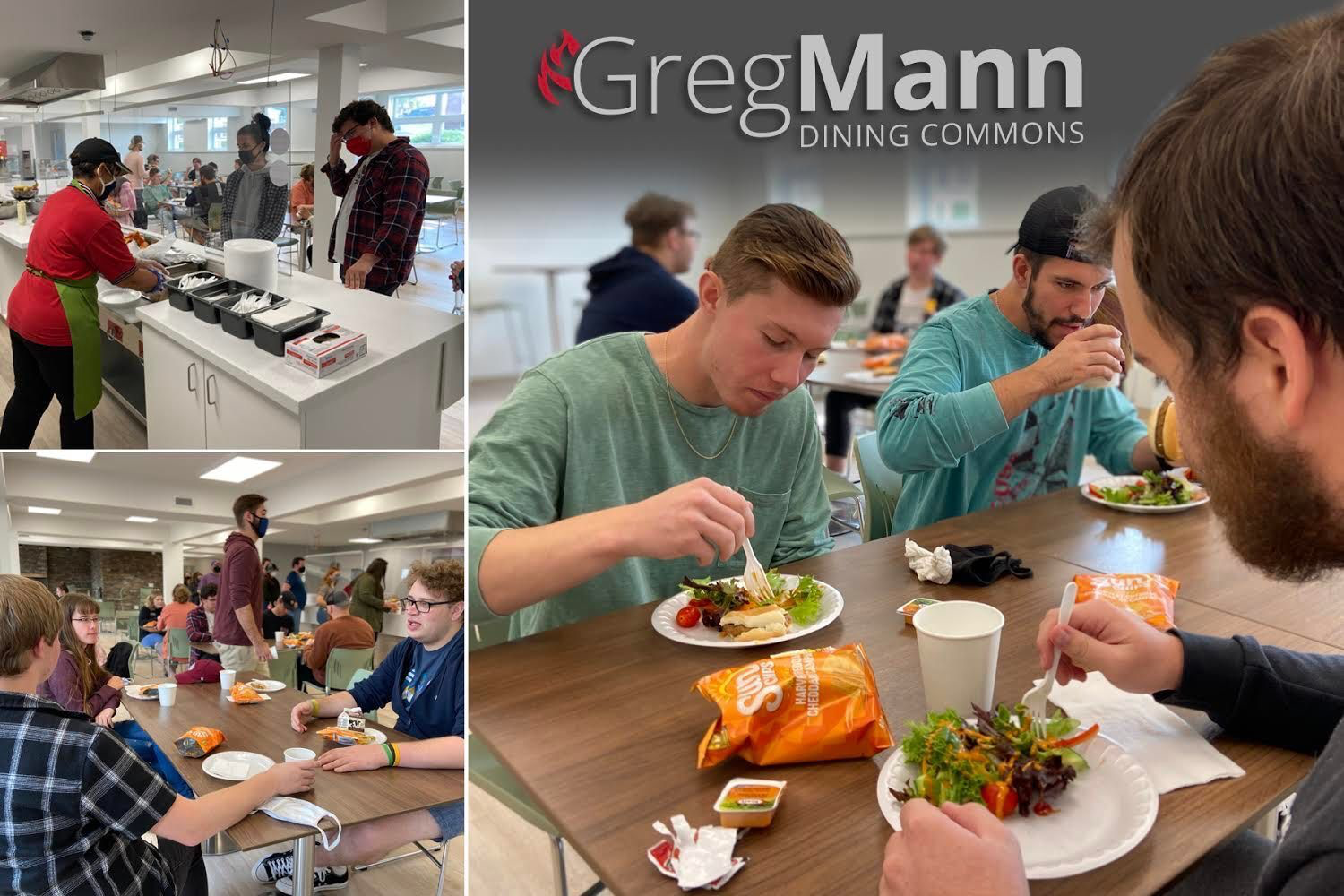 The afternoon concluded with a special dedication (unfortunately the BOT could not be present) of the Stairs Hall renovation with special honour and presentations in the dedication of the Greg Mann Dining Commons. Greg has served faithfully in providing food service for KU since 1993, and was an integral voice in the new configuration and upgrades for the Dining Commons. CLICK HERE to watch this event and feel free to send a personal note to Greg thanking him for his sacrificial service in raising Kingdom leaders for nearly three decades. 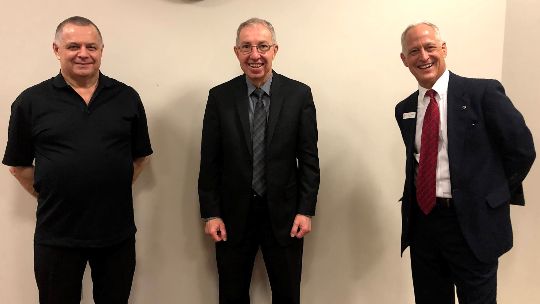 In addition to this dedication, the day at Kingswood concluded with a special retirement banquet for Ivan Graham after 40+ years of providing financial oversight for the Bethany-Kingswood journey – truly incredible!!! CLICK HERE to enjoy a photo gallery of this night to honour both Ivan and Greg. Ivan continues to serve on a part-time basis during this season of transition. Thank you Ivan for how you have modeled integrity, wisdom, and faith, in the countless ways you have served our shared mission with relational grace that has been so deeply appreciated by us all!
Points to Ponder

Pastoral Considerations for Personal Pandemic Impact
When: November 4th (Wednesday)
Where: Halifax (Deep Water) & Fredericton (Journey)
Site Counsellors: Dr. Allen Lee (Halifax) & Dr. Ken Neilson (Fredericton)
Time: 10:30 a.m. – 2:30 p.m. Atlantic Time (lunch included)
Cost: Your travel expenses & time – All onsite costs are provided by the Atlantic District
Registration: Email Karrilee (karrilee@atlanticdistrict.com) on or before October 21st
Description: This is a day for Local Church Staff to receive pastoral care from seasoned practitioners. You may be in a good place or in a challenging season, but this check-in and check-up will fill your tanks with people who get the real and raw of ministry. It will include group teaching sessions, group dialogue and exercises, as well as the opportunity for reflection and renewal. 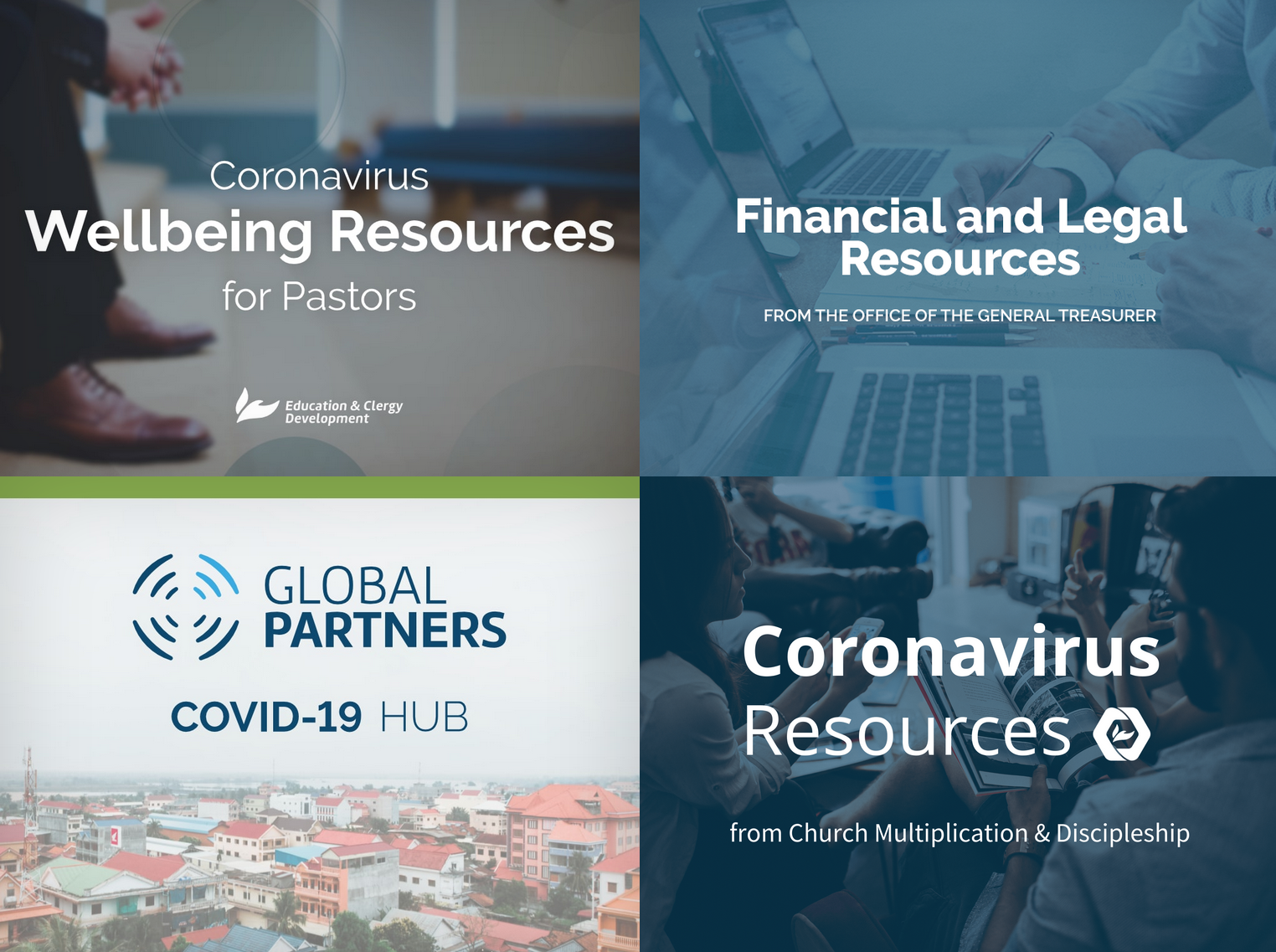 What if COVID-19 is the once-in-a-lifetime opportunity
for leaders to think more strategically
about doing church?
(Will Mancini) 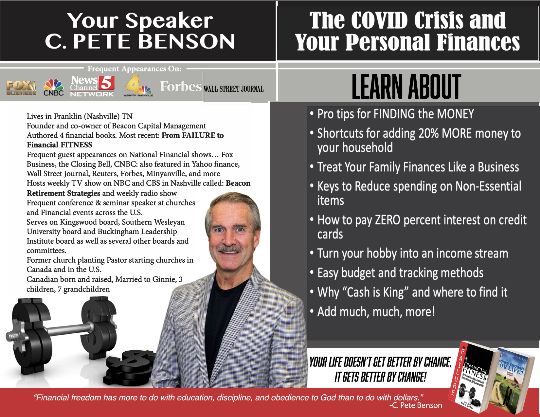 Another great resource to serve the church has been recently developed by our very own Pete Benson. A three-part video series specifically addressing the “COVID Crisis and Your Personal Finances” is freely shared for your personal use and for use within your church as you seek to empower and disciple your congregation in this critical area. CLICK HERE to access the three videos. A 10-minute preview of Part One will be sure to convince you to make use of this valuable resource with your church family.
Want to know about the Atlantic District’s 2025 Horizon Storyline – Values-Driven Vision?
Click here to see a one-page overview
Click here for the 45-minute video 2025 presentation
HERE TO SERVE YOU