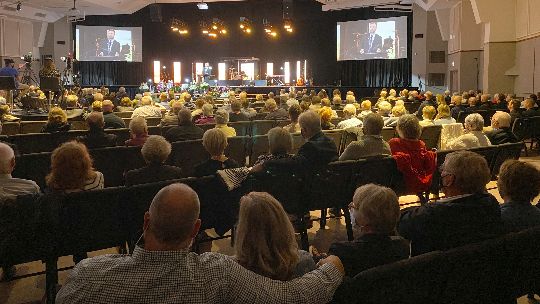 Brent Ingersoll (Kings) preached with the powerful conviction of eternal perspective at yesterday’s funeral for his Aunt Janet Ingersoll. The church was filled to pandemic capacity and a meaningful, humorous, and touching triplicity-eulogy by Pastor B, Ross DeMerchant, & Joanne LeRoy. Many local ministers and spouses were able to be present to pay their respects and demonstrate loving support for the entire Ingersoll family. It was a deeply moving service of worship and tribute for a life well lived. We love you, Don, Brad, Myrtle, & Shirley, and our prayers will continue to lift you all up during these difficult days. 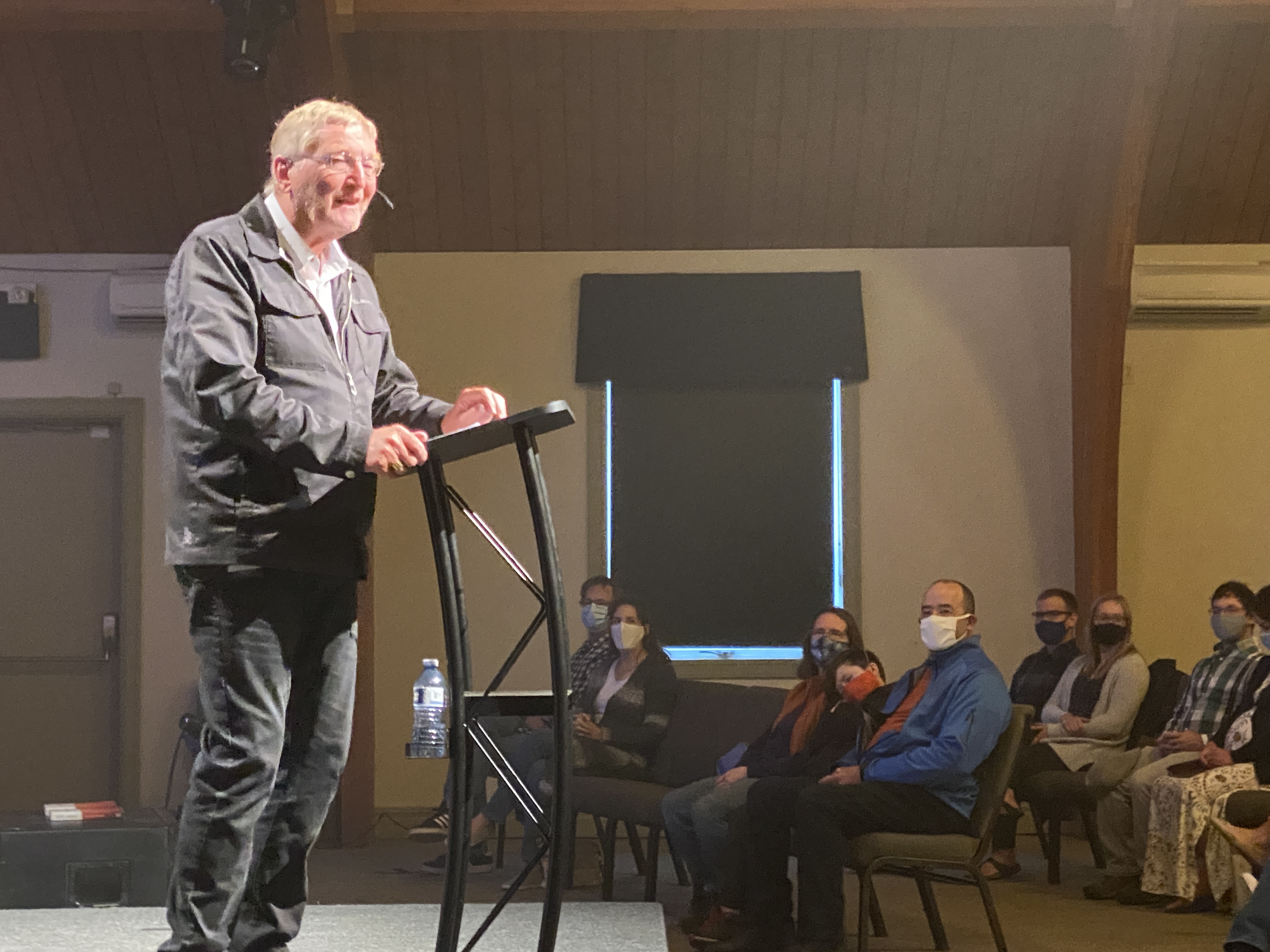 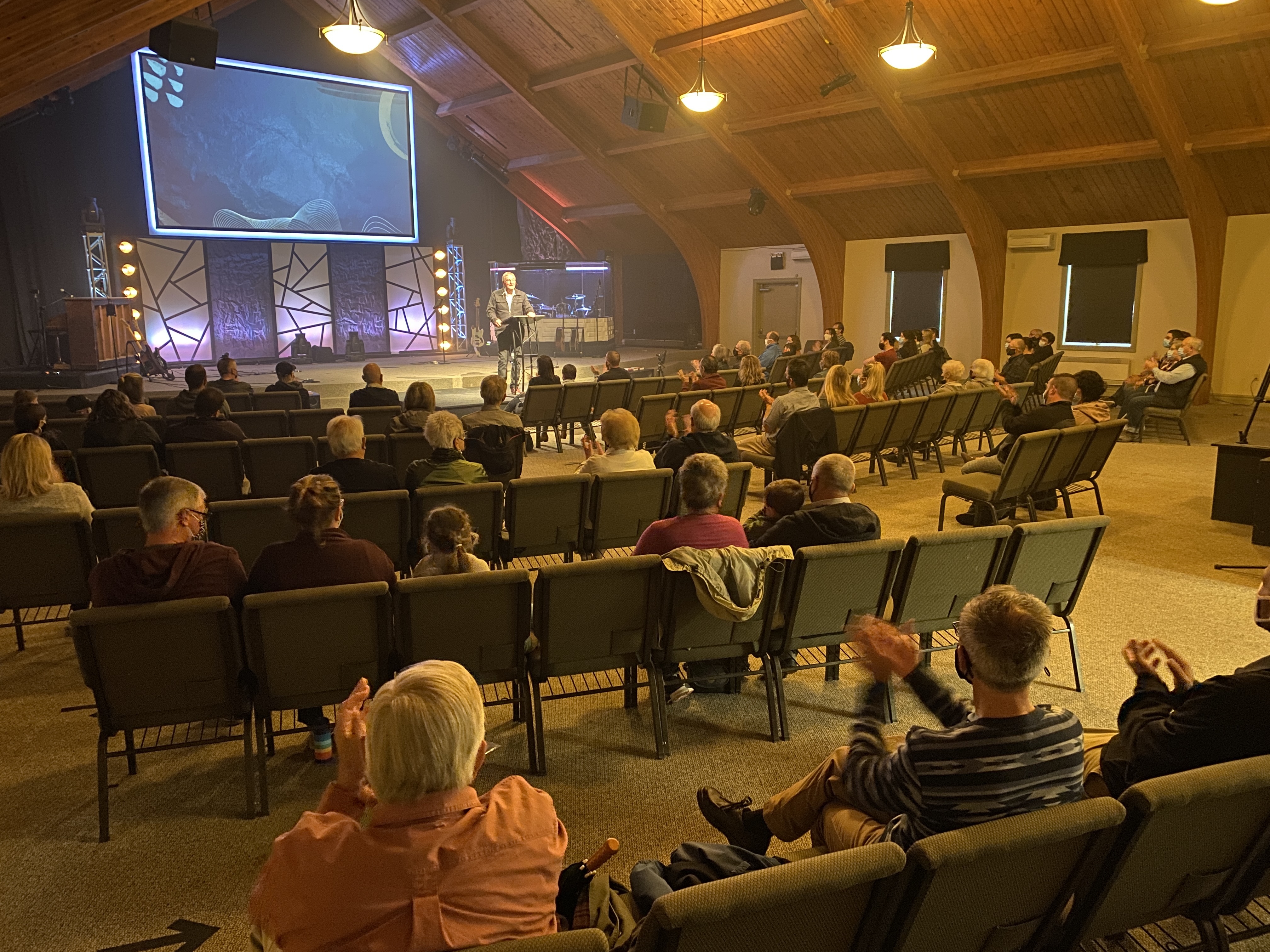 Yesterday, John Symonds preached his final sermon to conclude a two-year assignment as Interim Lead Pastor of Crosspoint. His four-point challenge,”The Final Word,” was warmly received by this church which has known him nearly his entire life. The Crosspoint family is excited to welcome Tim Guptill as Interim Lead Pastor beginning next week – we praise God for how He has guided Tim & Gayla for this season of leadership! There was also a special welcome and introduction provided for the new Children’s Ministry Director, Nicole Richard. The congregation gave John and Willo Ann standing ovations in both services as I was privileged to bring a word of appreciation on behalf of the Atlantic District for their exceptional service during this difficult pandemic season of continued transition. 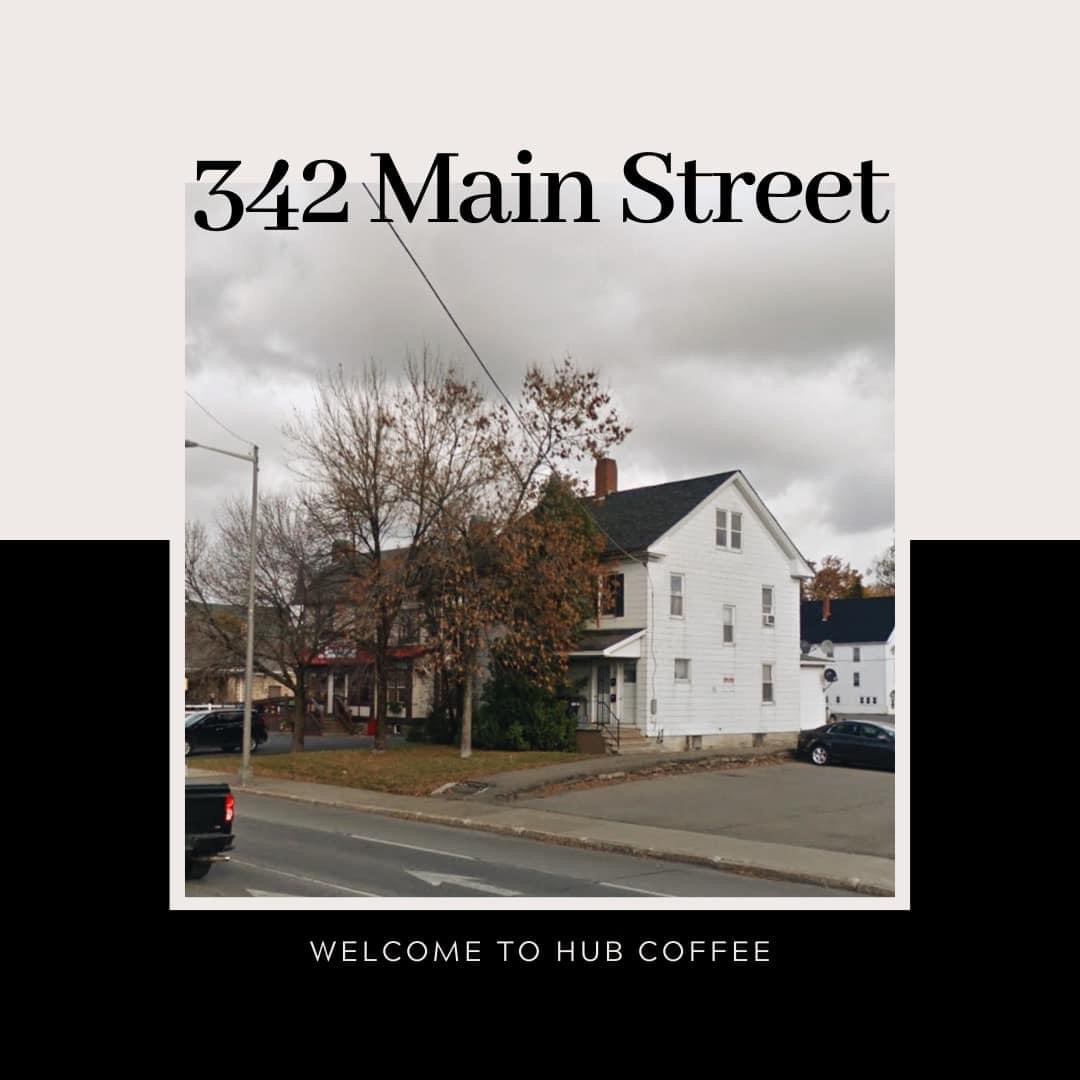 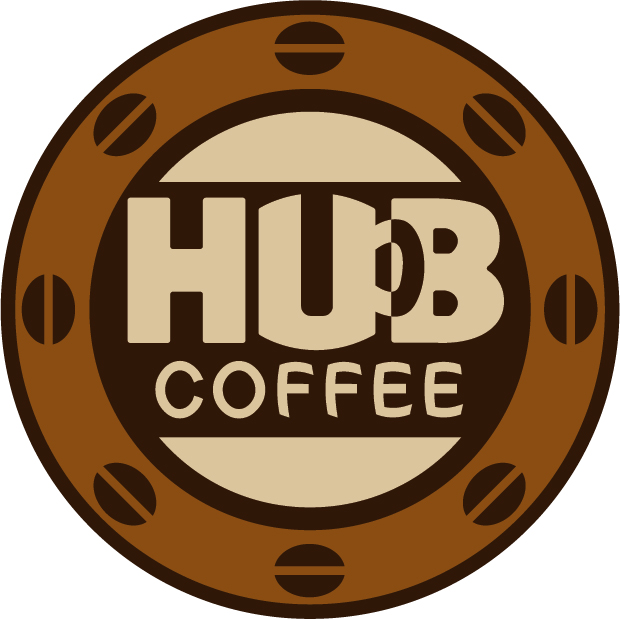 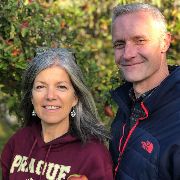 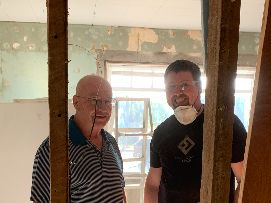 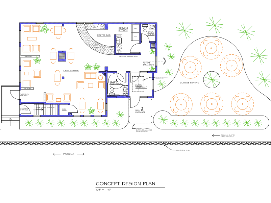 Dave & Vicki Rowe (Crosspoint) are also on the move this summer! Framework (Bud Fancy) is launching a coffee shop ministry this fall directly targeting the University of Maine Presque Isle (UMPI) college students. This became possible because of the generous anonymous donation of more than $100K for this vision. Dave will begin serving as General Manager of Hub Coffee on August 15th. This exciting new Kingdom expresso… ahem, I mean, expression, will function under the oversight of Framework as a new location for disciple-making in the city! 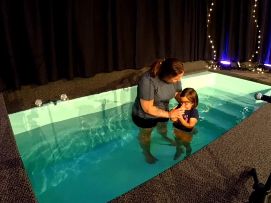 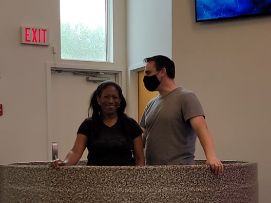 Cornerstone (Denn Guptill) was able to offer in-person services yesterday and celebrated with FIVE baptisms – PTL! And just for fun, Denn reported that attendance yesterday was 360% over the first Sunday of July last year. Marilyn Mansvelt baptized three kids at the Gatehouse location along with Deborah Gilbert baptizing their youngest child, Zalah. Nothing is better for an Ordained Minister than the high honour of baptizing our own children. And to top off an exciting day, Cornerstone celebrated the first baptism by Rob McDowell at the Windgate location! 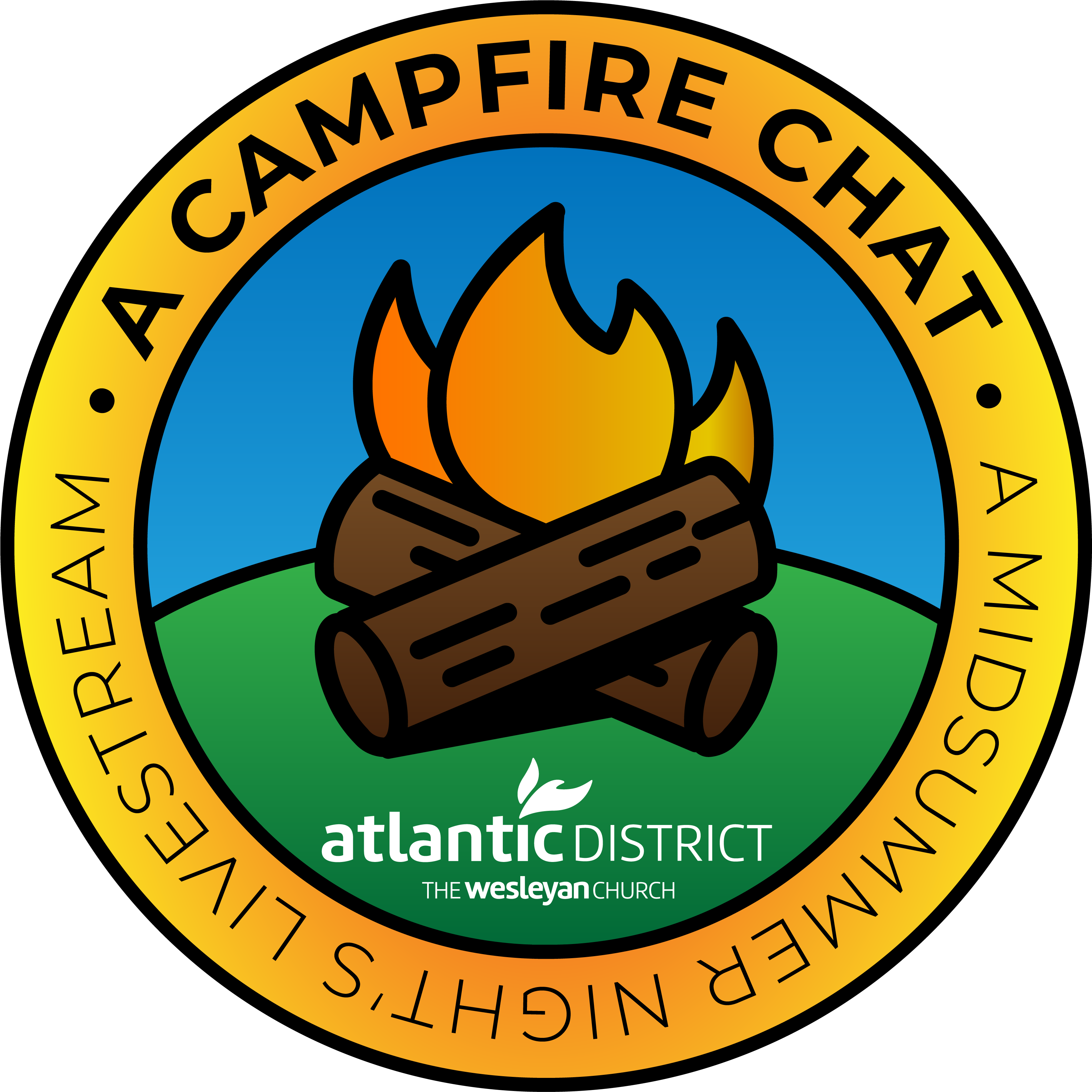 With so many continued 2021 disruptions in the historic summer connection points for our district family, you are invited to join me and several others from the tribe around a virtual campfire on Sunday, July 18th @ 7:00 p.m. ADT. (Don’t forget about the Pre-Show that begins @ 6:50 p.m. if you want to start the evening with a smile on your face courtesy of Graham Perry & Kevin Campbell!)

Full details are listed below in Upcoming Events. Why not cut and past the following YouTube link for A Campfire Chat to your calendar now?

YouTube Broadcast Link: https://youtu.be/iy0iPg953WQ
You are invited to make plans to watch it at your church and/or make it available to your church family. Hope to see you there! 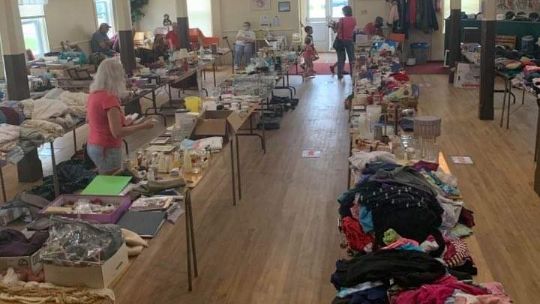 CenterPoint (Glen McVicar) held their 6th annual community yard sale to raise money for ministry to students in the community. This year was blessed with the most community donations to date and also set a new record with $1,440 in donations. This will be split between children’s ministry and the new youth group ministry which was restarted by Aaron McVicar with five students this past week. Another point of celebration was the special Father’s Day Sunday offering for World Hope International Canada (Tanya Nace) which provided the Tap Effect ministry for an entire family in Cambodia!

The DBA-appointed Atlantic Vision Team convened for another 4+ hour Zoom meeting on Wednesday. Auxano Senior Lead Navigator Mike Gammill is providing excellent guidance as we completed the 4th of seven sessions. Significant development is underway for a post-pandemic recalibrated vision that will be launched at our District Ministerial in January @ Kings (logistics TBD – stay tuned). 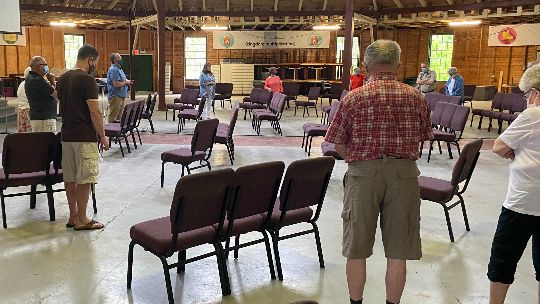 Canada Day celebrations included a focused prayer circle at the Beulah Tabernacle to lift up our country in response to the past weeks of discovery of three unmarked graves of First Nations residential reform schools totalling 1,148 children who lost their lives. 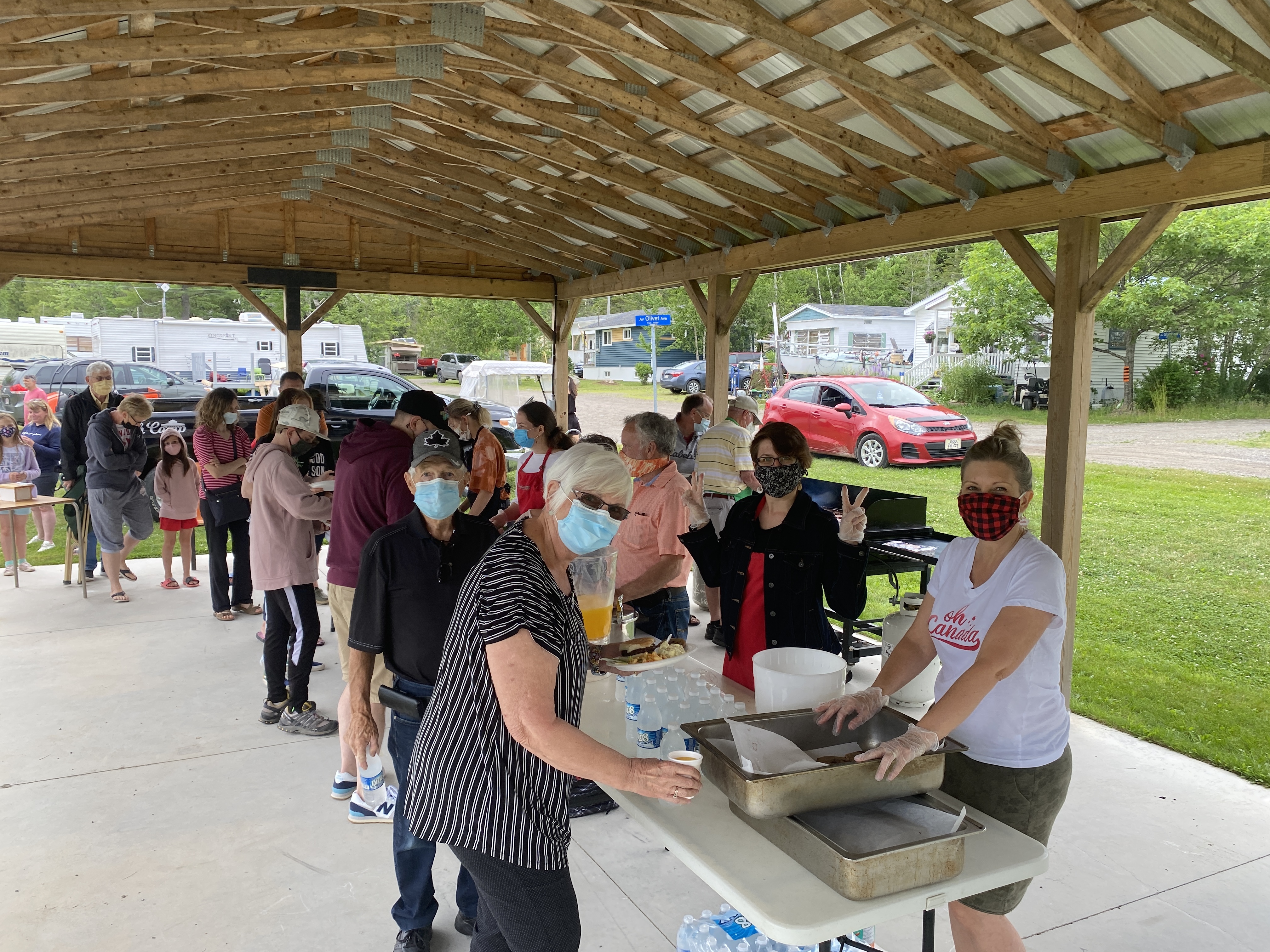 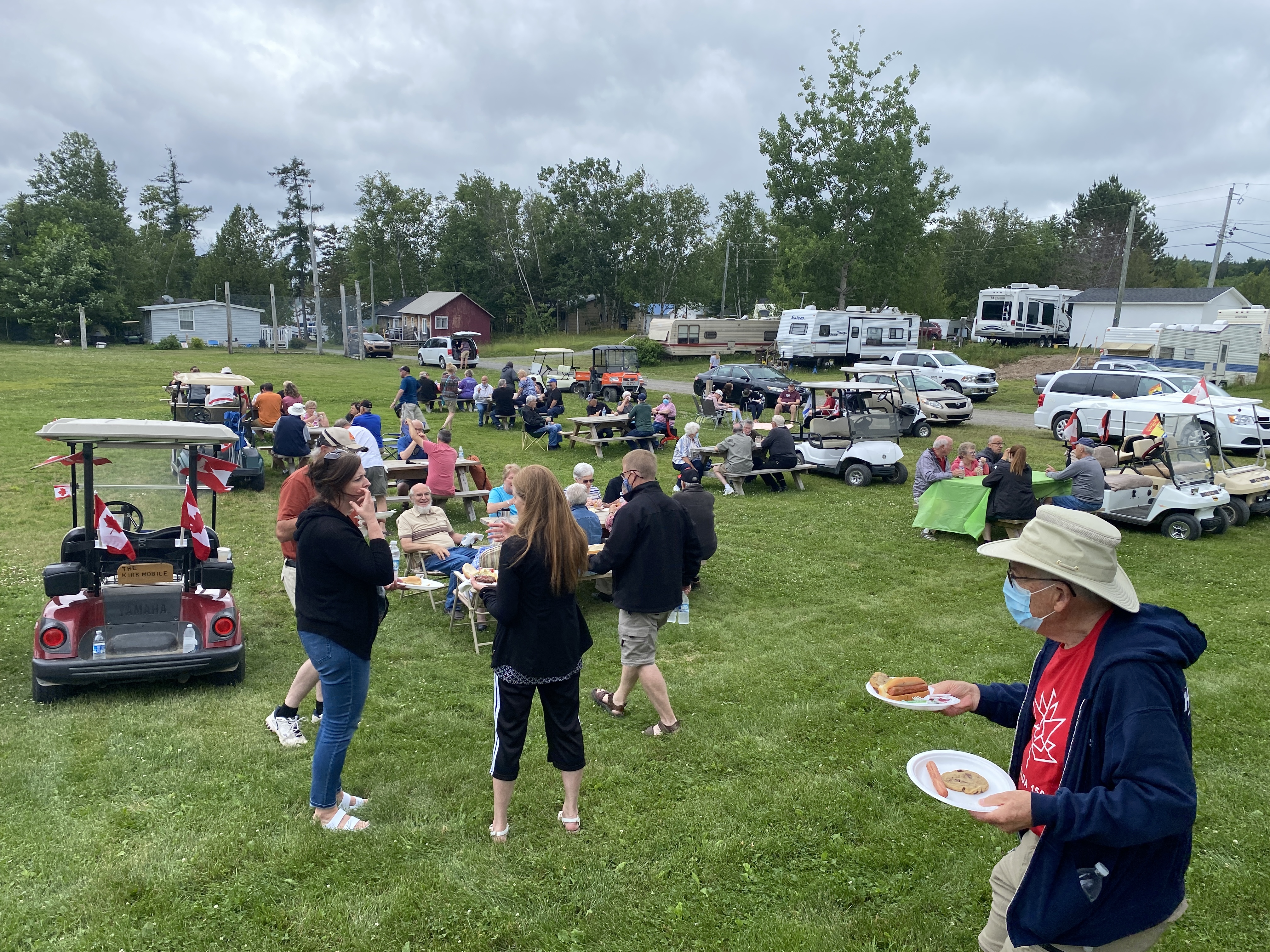 Later on Canada Day a family BBQ was enjoyed by many – hats off to Tessa Symonds for her excellent leadership to this quality event. CLICK HERE for the up-to-date Summer@Beulah schedule with full details and downloadable PDFs.Check out the great additions to BCCC this year including the Beulah Activity Center (BAC) and nine-hole frisbee golf! CLICK HERE to check these out along with other great new additions to help you reconnect, recharge, and renew this summer. 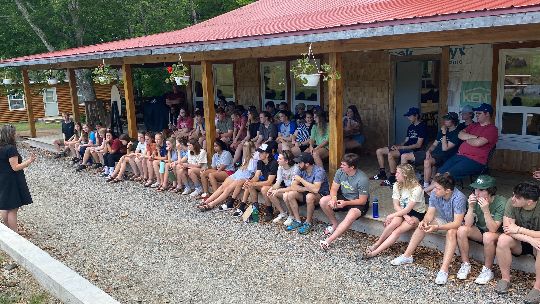 Executive Director Tami Mutch-Ketch spent time this week on Caton’s Island which included an opportunity to invest in the staff during training week on the new porch of the Choate Dining Hall Expansion. Another great crew of students and young adults are ready to roll and kicked off the summer with the first Caton’s Family Camp. 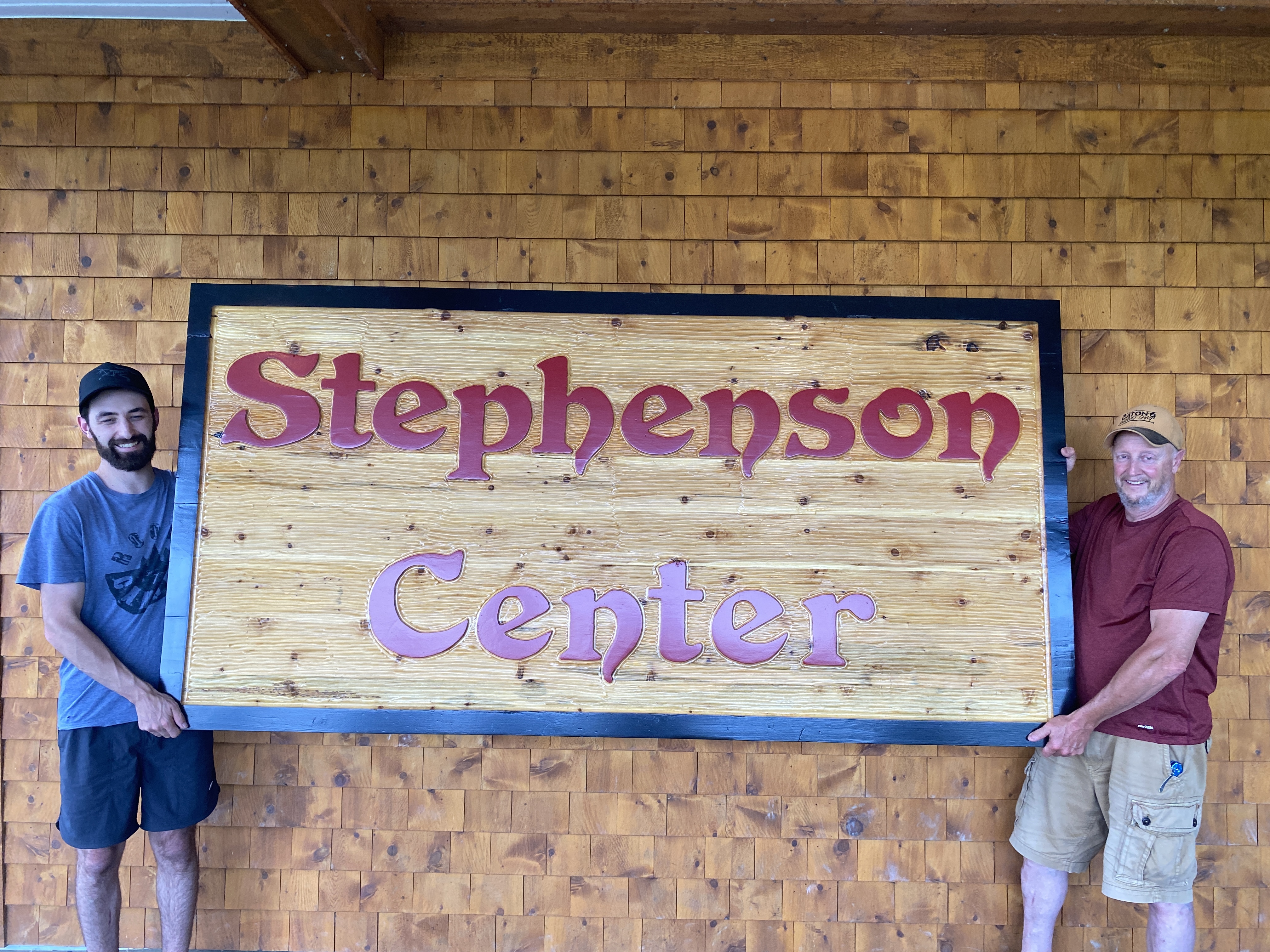 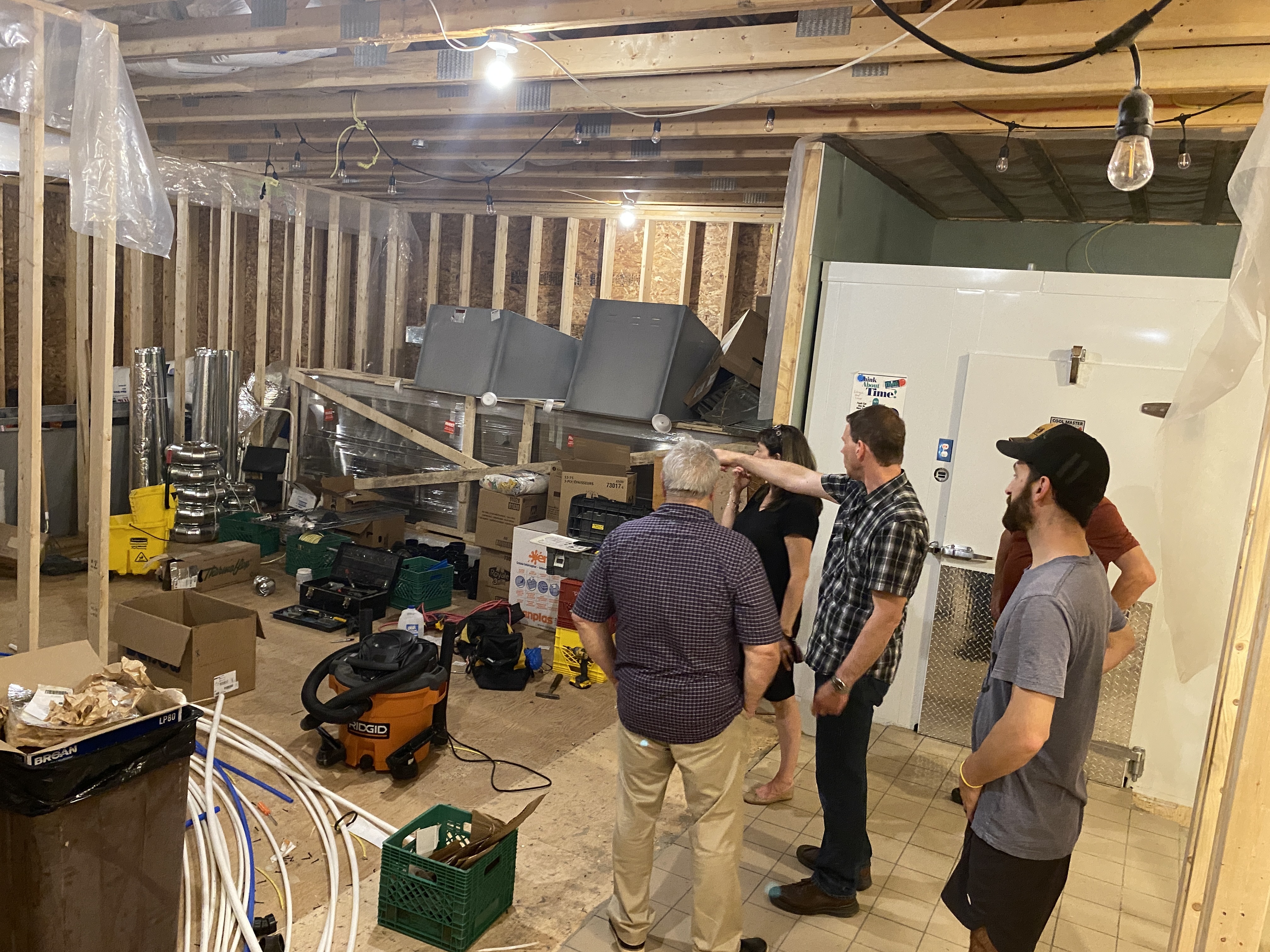 Director Dean Stephenson is in his 26th summer of leadership and a beautiful new sign worthy of honouring his influence will be mounted on the Stephenson Center in the coming days. A detailed tour of the Choate Dining Hall Expansion project was inspiring to see as good things continue to unfold in this world class upgrade. Tami will be sharing more about these encouraging developments during A Campfire Chat.

This week included another meeting with the Called Journey Advisory Group. The Atlantic District DBMD has approved six candidates to participate in the Beta-Test Pilot of this new competency based approach to ministerial credentialing. This significant transformation of the DBMD process will be presented for approval at General Conference in May 2022. I am grateful for the diligent and tireless efforts of Executive Director Russ Gunsalus and Joel Liechty of the HQ Division of Education and Clergy Care as they serve several dozen candidates in this trial run to provide further clarity and improvements.
Points to Ponder

Good things happen around a campfire. Stories are told. Laughs are shared. Songs are sung. Achievements are celebrated. Hearts and hands are warmed. Relationships are deepened. Disappointments of yesterday are diminished. Hopes for tomorrow are brightened. Spirits are lifted!
With so many continued 2021 disruptions in the historic summer connection points for our district family, you are invited to join me and several others from the tribe around a virtual campfire on Sunday, July 18th @ 7:00 p.m. ADT. This event will also be available for post-livestream viewing. 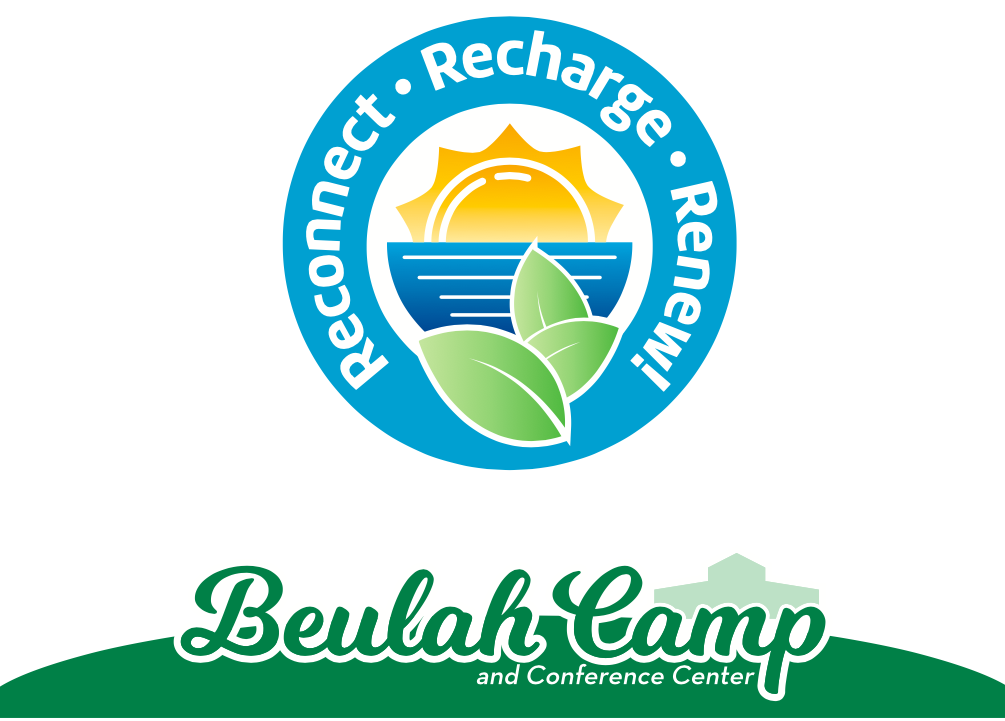 Reconnect. Recharge. Renew! The plans in place for Summer@Beulah 2021 are impressive and extensive. Grab a hot beverage and take a few minutes to click on this link to drink in the details. Keep in mind, several activities will require preregistration per pandemic restrictions on a first-come, first-served basis.
HERE TO SERVE YOU